, /PRNewswire/ -- (NASDAQ: USCR) ("" or the "Company") announced today that ready-mixed concrete mixer driver, Edward "Eddie" Rieper, from business unit, , earned this year's grand prize at the 2017 National Mixer Driver Championship, hosted by the (NRMCA). Securing a fourth place in this year's National Mixer Driver Championship, and awarded the highest score in the Driving Skills portion of the competition, was from business unit, . The annual competition included 96 drivers from across the nation, with a record eight drivers from qualifying for this event. The event was held in conjunction with NRMCA's ConcreteWorks in .

earned top honors based on his outstanding cumulative score, derived from competitions that included a driving challenge course, visual vehicle inspection, reaction-time test, delivery ticket station and a 2-hour written examination. Two years ago, was recognized for his safety and service record, securing first place in the NRMCA's other coveted award - The Driver of the Year Award. has worked for for over 30 years and drives the "ARMY Tribute" ready-mixed concrete truck to honor the nearby U.S. Military Academy at West Point, N.Y.

, a 2016 Champion of the . Concrete Truck Rodeo, applied his highly-developed expertise to this year's national event. placed fourth in this year's National Mixer Driver Championship and was awarded the highest score in the Driving Skills portion of the competition. He has been driving mixer trucks for 13 years.

"I am thrilled for Eddie and Benny and glad there is a national platform where they can demonstrate their exceptional abilities and showcase their unique skills," said President, CEO and Vice Chairman, . "Eddie and Benny are incredibly talented and epitomize what it means to be a driver for . We take driver safety and quality very seriously and these two represent what we look for in mixer operators. I also want to congratulate the NRMCA on another successful event and their commitment to driver development and recognition."

For more information on , visit www.us-concrete.com.

CAUTIONARY STATEMENT REGARDING FORWARD-LOOKING STATEMENTS
This press release contains various forward-looking statements and information that are based on management's beliefs, as well as assumptions made by and information currently available to management.  These forward-looking statements speak only as of the date of this press release.  The Company disclaims any obligation to update these statements and cautions you not to rely unduly on them.  Forward-looking information includes, but is not limited to, statements regarding: the expansion of the business; the opportunities and results of our acquisitions; the prospects for growth in new and existing markets; encouraging nature of volume and pricing increases; the business levels of our existing markets; ready-mixed concrete backlog; ability to maintain our cost structure and monitor fixed costs; ability to maximize liquidity, manage variable costs, control capital spending and monitor working capital usage; and the adequacy of current liquidity.  Although Concrete believes that the expectations reflected in such forward-looking statements are reasonable, it can give no assurance that those expectations will prove to have been correct.  Such statements are subject to certain risks, uncertainties and assumptions, including, among other matters: general and regional economic conditions; the level of activity in the construction industry; the ability of to complete acquisitions and to effectively integrate the operations of acquired companies; development of adequate management infrastructure; departure of key personnel; access to labor; union disruption; competitive factors; government regulations; exposure to environmental and other liabilities; the cyclical and seasonal nature of business; adverse weather conditions; the availability and pricing of raw materials; the availability of refinancing alternatives; results of litigation; and general risks related to the industry and markets in which operates. Should one or more of these risks materialize, or should underlying assumptions prove incorrect, actual results or outcomes may vary materially from those expected.  These risks, as well as others, are discussed in greater detail in filings with the , including Annual Report on Form 10-K for the year ended . 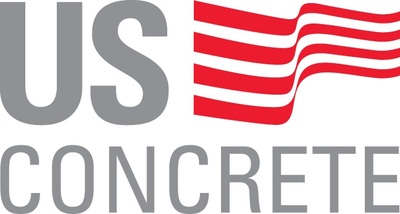